The 55 kg W-JET M1 jet module can deliver up to 105 m³/min at 620°C when used for road drying. In WEED Control set-up we only need power slightly above idle, then producing app 16 m³ hot exhaust per min., and with the patented WATER INJECTOR System the exhaust temperature will go down to app 450°C now in a mix of hot jet exhaust, steam and water spray, circulating under the heatshield with a tremendously greater heat transfer capability.

The JET turbine noise is hereby lowered to a minimum, as well as fuel consume is reduced to 12 l/h, water consume (in rain or wet conditions no need) on a dry day is up to 30 l/h. 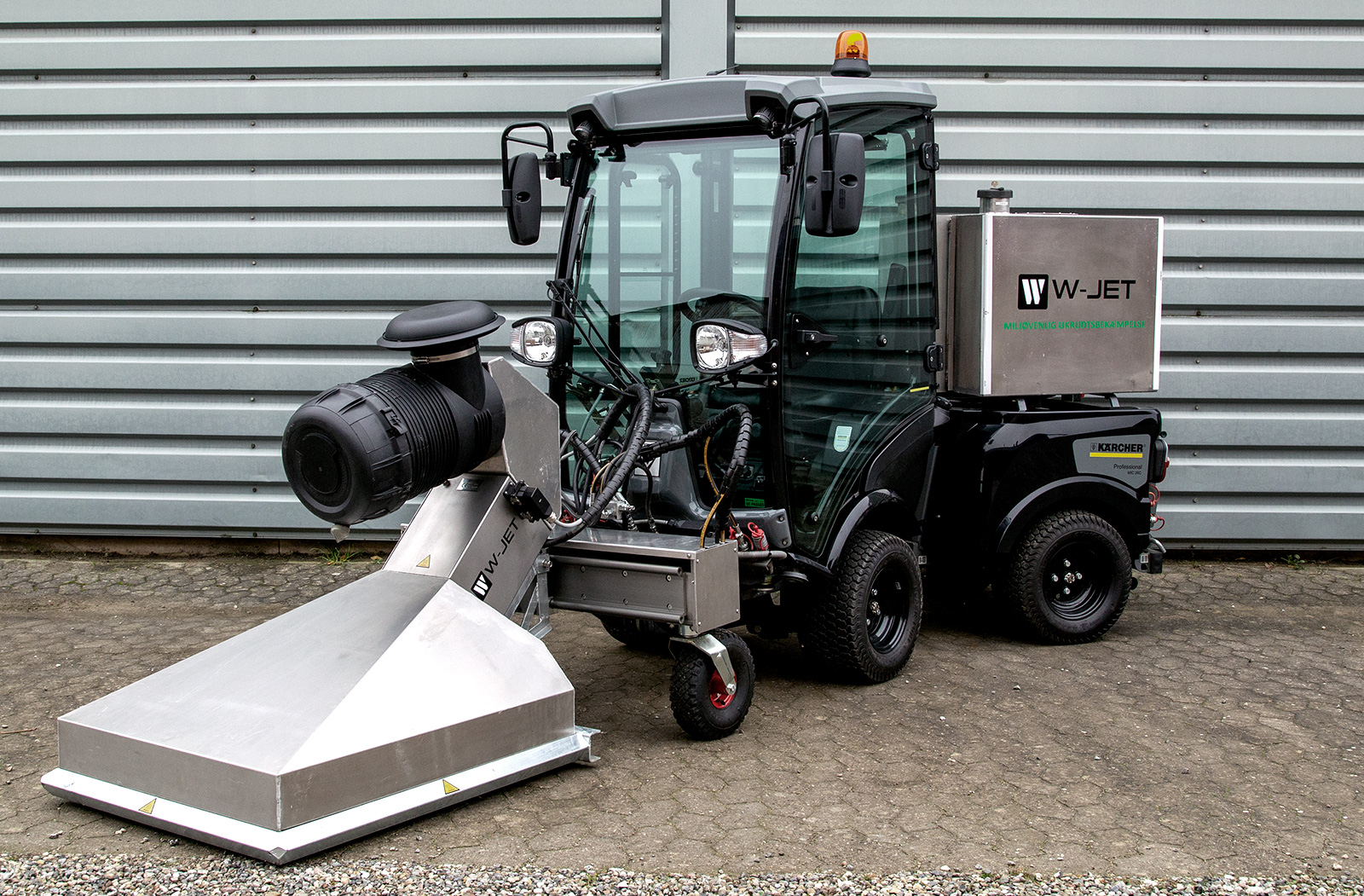 The first photo was taken right after a weed test and it did look as if we just washed the grass! Two days later we took the photo below and it shows the result after just one treatment!

Photo two days after a treatment:

Conclusion in the official report LPG Gas Weed-control report “Weed control on roads without pesticides”  (ISBN 87-7903-243-5)
Photo to the right shows a test field where there was performed 10 treatments at two-week intervals with dosages from 40 kg gas/ha/treatment in the left box, 80 kg in the middle and 120 kg to right.
There was so 40 kg difference between each stripe, but there was significant differrence in the effect between 40 and 80 kg gas/ha than between 80 and 120 kg gas/ha.
It was no additional effect by increasing to 120 kg gas/ha. It was so concluded that the pesticide-free methods require ongoing effort because they only remove weeds here and now, not preventive. 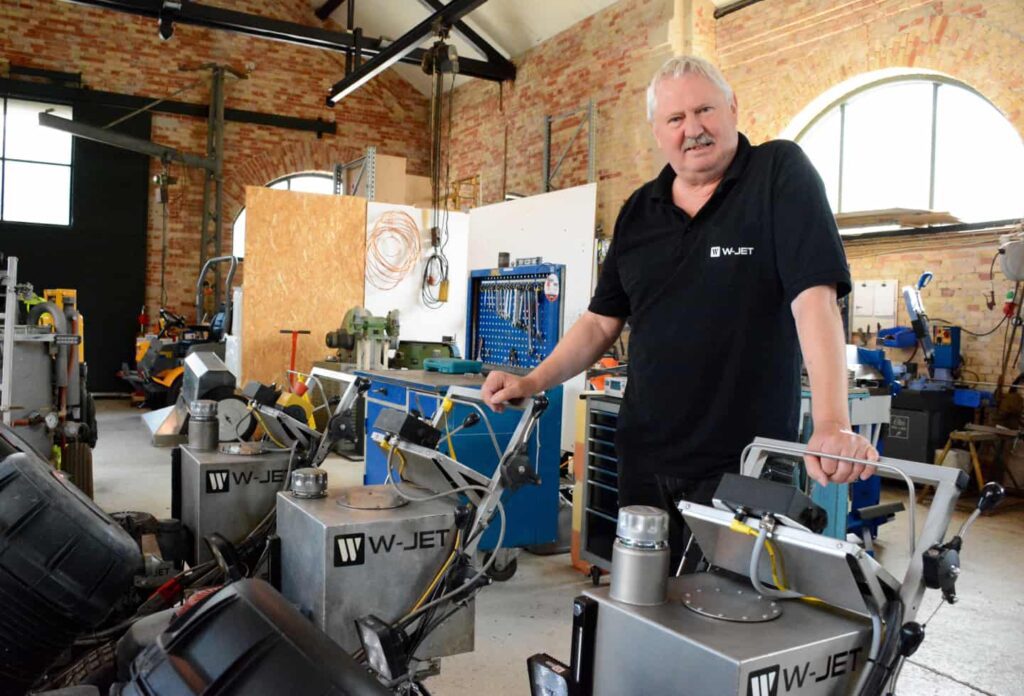 Find out how W-JET can help you and your business.

Give us a call

Send us an email